The Power Of Music To Spread Hope

The Power Of Music To Spread Hope 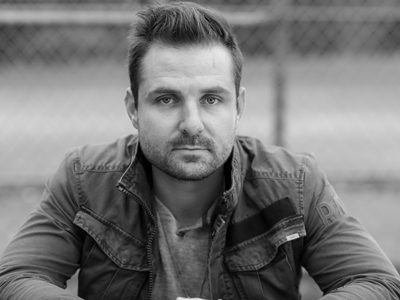 As a kid, I experienced a lot of anxiety and depression. I had constant panic attacks at night. I believe a lot of it came from the negative words of others that became ingrained in my mind as “truth.” I had a constant feeling of darkness hanging over me.

I didn’t realize until much later in life just how much mental illness shaped who I am as a person. For a long time, I didn’t understand what it was. I just thought it was sadness or tough times. But I’ve learned that it’s so much more than that: Mental illness is a widespread issue that affects millions of people. Once I realized this, I knew that I wanted to write music about it. I wanted to encourage people and give them hope when they are facing darkness—the same darkness I grew up with.

I’ve wanted to be a musician since I was about three years old, and I started writing music at 13. Writing music has always been therapeutic for me; it’s what I choose to do on my worst days. Music and songwriting have always given me an outlet to express my feelings. I’ve been able to get my feelings—whether it’s sadness, hurt, anger, or happiness—out in music when words haven’t sufficed.

My most recent song, “Tiny Little Voices,” is about those negative words I so often heard growing up. It’s about living in a world with constant pressures and expectations, in which people tell us we aren’t good enough, rich enough or smart enough. These repeated messages are so ingrained in us that they replay in our own minds, in our own voice. I believe these negative messages and self-talk cause so much anxiety and depression in today’s world.

I’ve had to overcome a lot of adversity in pursuit of my dream. I was constantly fighting the battle of being told I’m not good enough. And I’ve had to fight those thoughts to push through and chase the dream I’ve had since I was a kid. My goal as an artist is to give people hope and encourage them to take control, to not allow the negative words of others to control their life and their dreams. I want them to hear the voice that matters—their voice—and to know that they aren’t alone.

We shouldn’t have to deal with these struggles alone. I want people to sing these songs and declare truth over their lives. I know that it takes more than just a song and a community. I know that mental illness isn’t something that can be wished away, but one thing I do know is that music is a powerful thing. And I want to give people a glimmer of hope through my music. I want to encourage everyone who listens not to give up on their dreams.

Nate Botsford is a country singer-songwriter and recording artist based in Portland, OR. His songs have won numerous awards and received national attention. His newest single “Tiny Little Voices” was released on May 3, 2019 and is available for download. He hopes that “Tiny Little Voices” will bring hope to those struggling with mental illness and that they can feel the song was written for them. For more information visit www.natebotsfordmusic.com.

We’re always accepting submissions to the NAMI Blog! We feature the latest research, stories of recovery, ways to end stigma and strategies for living well with mental illness. Most importantly: We feature your voices.

Check out our Submission Guidelines for more information.

NAMI in the news

Join or Support a Walker »